GEEK Eyewear® and welterweight boxer turned film star, Victor Ortiz, have added their third installment to the GEEK Eyewear® Vicious Ortiz Collection. The fashionable eyewear debuted in Spring 2014, with Ready-To-Wear (RTW), Rx Eyeglasses, and Sunglasses in two unique and trendy frame styles - VO1 and VO2. The release of the third iteration (style VO3) of the Vicious Ortiz Collection coincides with another venture by the film star, The Expendables 3.

Victor Ortiz overcame many hardships as a child and turned to boxing as an outlet and method of self-defense against bullies. The boxer showcased his warrior spirit by claiming the Welterweight title in 2011.  Since clinching the title, Ortiz has ventured into television and film.  After “The Expendables 3”, Ortiz will appear in the upcoming film Southpaw. The Pittsburgh based film will also star Jake Gyllenhaal, Forrest Whittaker, and Rachel McAdams. 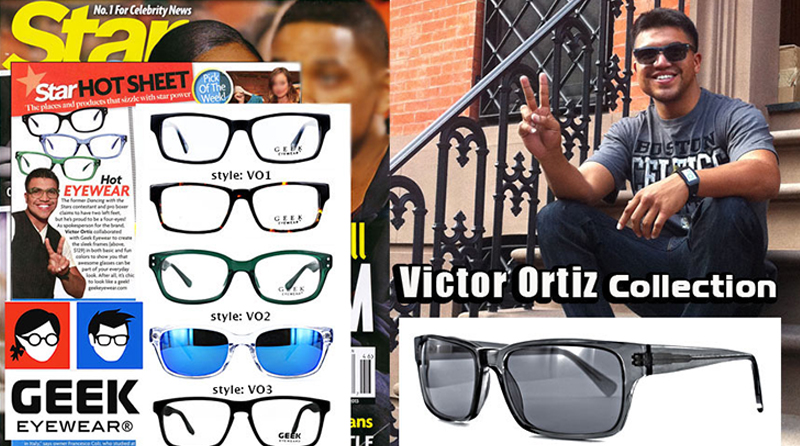